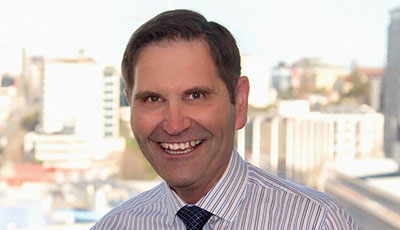 Graham's Career has concentrated on the NZ commercial and business sector. He initially joined Audit NZ focusing on commercial (SOE) arm of Government and Local Authorities, then taking a role with NZ Forest Corporation before furthering his experience as Financial Controller for Anchor NZ (Fonterra) as FC for their NZ fluid milk operations and took other CFO roles. In 2001 he become a Shareholder and Partner with Connect NZ a technology and Services Company for NZ business with bases in Auckland, Wellington, Hamilton and Christchurch.

Graham joined Bentleys in 2014 having sold his stake in his business. Graham specialises in providing business planning advice including refinancing options, business restructure and new setups, plus IT and systems integration including cloud based.

Graham has a great sense of humour and enjoys recreational cycling, running and touch rugby (retired). He is a foundation officeholder of the Newmarket Community Association and is also a volunteer working to bring back Native Birds to Auckland’s parks and reserves by way of pest control. Together with his wife Nicola, Graham is working on replanting Native trees on land in Poverty Bay, which they have vested as a Queen Elizabeth II covenant to the people of NZ.